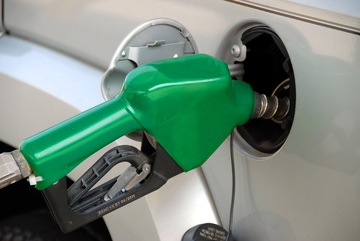 If the environmental conditions are right, poly diesel fuel tanks and many other similar liquid containment systems are very susceptible to aerobic and anaerobic bacterial growth. If infected fuel tanks are left on their own and they remain untreated for a long time, your stored liquid fuel runs the risk of developing muck.

Their presence of slime inside your fuel tank system will put them in harm’s way because they can spread and will not take a long time for them to reach your tank’s filter and strainer systems. They would eventually cause them to get clogged. Aside from clogging, the development of dirty slime in your stored high-value liquid fuel tank will induce your tank system to corrode fast. You will also observe that your stored fuel will spoil prematurely.

Contamination by microbes inside your liquid fuel tank is normally triggered by bacterial and fungal growth. Both fungi and bacteria thrive on your stored fuel as their primary food source. They also seem to prefer diesel fuel and kerosene over gasoline. Gasoline may be detrimental to fungi and bacteria because they contain lead, which somehow acts as a poison to them.

Soil is the natural habitat for both fungi and bacteria, and for that reason, they are easily carried away by air. Due to this reason, everything around us is a possible carrier of bacteria and fungi. Liquid fuels are no exemption here, they also carry a certain amount of bacteria and fungi. While their spores are harmless in their natural state, they will only start to bring about complications when they start to germinate.

Water condensation that occurs inside lightweight poly diesel fuel tanks can also serve as a stimulus for microbial growth and contamination inside your high-value liquid containment system. Since water and oil in fuel will never mix with no matter what, microbes tend to grow and propagate instead of the fuel-water interface. Normally, they would form at the bottom part of the tank.

Microbial growth in liquid fuel is comparable to the appearance of “chocolate mousse”. In extreme cases of contamination, one will see large mats of muck and slime developing and blocking the tank’s filter systems. Clad or Cladosporium Resinae is one species of fungus that can flourish in liquid fuel. The aviation industry was the first to experience how ravaging and damaging this fungus species can be. It wrought damage of unimaginable proportions in the aviation industry first before authorities managed to find a solution to control the problem.

There is no other better way to tackle this kind of problem than by preventing its outset. Basically, by just keeping your fuel tank clean all the time you’d be able to keep microbial contamination at bay.

The best course of action to prevent microbial growth in liquid fuel is to treat the bottom part of the tank. If you determine there is biomass or sludge present in the liquid fuel, it’s removal would be necessary. The use of diesel fuel biocide is also highly recommended here. In choosing a product for this purpose, you need to take into account several factors including the compatibility of the product with your system components, water or fuel solubility, compatibility with the fuel at hand or with any other derivatives, the rate in which you want to exterminate the microbes. And finally, you will also need to take into account various regulatory and industry approvals.