An in-depth understanding on the stages of the currents that are going through the various antenna elements is one of the key considerations you need to look into if you seriously want to comprehend the working idea behind the Yagi theory.

The parasitic  yagi system elements work by re-radiating their signals in a phase that should be slightly higher or different from that of the driven element. This makes way for the signal to be reinforced in one or two directions but would be canceled out instead in others. 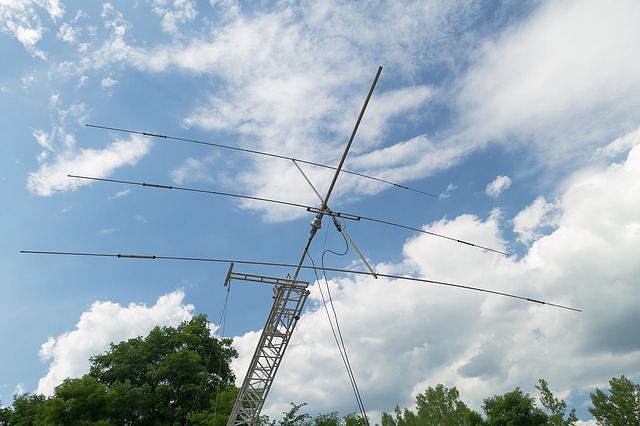 Since the yagi elements are not directly driven but would be picking up the power of the driven element, being additional elements that they are they will be referred to as parasitic elements.

If we are to identify one design flaw to the yagi antennas, it is the power in these additional elements that are not driven directly. Accordingly, there is no possible way we can implement a substantial element of control over the induced current phase and amplitude. This will be directly dependent on their spacing and length between the dipole and them or the driven element.

What does this signify then? This only goes to show that trying to obtain complete one direction cancellation may not be completely possible. Nevertheless, it is workable to attain a high reinforcement degree in one direction and with that also comes a high level of gain.

The Yagi system antenna is providing useful and relevant levels of gain as well as for front to back ratios.

Yagi Antennas and Their Advantages

We classify Yagis as a directional type of antenna. Their beam width comes at 50° to 70°. And since they are usually concentrated in just one direction, they have a high gain that is associated with the omnidirectional antennas. This explains the reason why they are ideal to use when the signals you are receiving are of lower strength.

What gives the Yagi system of antennas the good range they are well reputed to have is their high gain. With respect to their physical size, they usually have the most gain when compared to other types of antennas like the log periodic.

As for the antenna’s design, this significantly helps a lot in filtering signal noise that is originating from the opposite direction. Hence, the Yagi system antenna makes a perfect choice for use in a high demand application, and telecommunications would be among them.

Yagi system antennas would be a lot easier to aim for. The way they are constructed renders them as much easier to mount on vertical towers or whatever type of structure you will deem as appropriate.

They usually come cheaper when compared to log-periodic antennas since their manner of assembly is way simpler and not complicated. While there is good availability of the Yagi circuit printed board, you can build others from the use of properly positioned simple rods.

They have a limited frequency or bandwidth.

Should you be more interested in having a high gain level, you’ll need the antenna to be very long. The gain would be very limited, around  6-9 dB, not if you have more than 1 assembled Yagi system antenna.

Yagi type of antenna will show signs of electrical characteristics degradation (feed point impedance, gain, front to back ratios) as you are moving further away from the Yagi frequency range. It is all because this type of antenna is based upon resonant elements, and they introduce reactance that will induce the spiking of the SWR.

When you add elements to a Yagi type of antenna, you are actually increasing its level of directionality.  Essentially, its focus becomes narrower, although it is still going to receive signal from that direction much better than it was before since there is a significant improvement in the signal to ratio.

In other words, you have reduced the interference levels, particularly those that are coming from the sides.